To be perfectly honest, I originally composed this entry while sitting in the hospital waiting room on Monday as my sister-in-law was delivering my precious little nephew, and at that time I was writing about how I was really glad to be saying goodbye to 2011 and getting a fresh start with 2012. It's not that I felt bitter about this past year, it's just that it has brought a lot of unexpected challenges and struggles that haven't been particularly enjoyable, and I'm ready for a brand new year that's full of promise.

I am still looking forward to the fresh start, but over the past few days I've realized that, while 2011 has brought more than its share of frustrations, challenges, disappointments, and struggles, it has also brought some really incredible growth in my life that would not have occurred without the difficulties. And I think, somehow, meeting my perfect, tiny nephew this week has melted away some of my lingering disappointments about this year and helped me to view 2011 in a more positive light... All that to say, I have rewritten my introduction here with a new perspective as I reflect on the past year, and my overwhelming response to 2011, in spite of all the trials I've faced, is GRATITUDE. I am grateful for the wonderful experiences I've had this year. I am grateful for the relationships that have been so dear to me ~ those that have just been formed, those that have grown stronger, and those that have been restored following a period of brokenness. And I am grateful for the growth God has brought to my life through all the good and bad times I've faced. 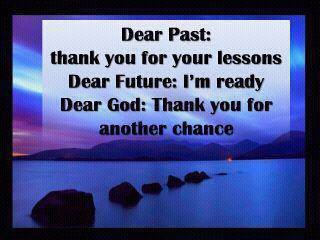 I am dedicating this week's list of thanks-giving to some of the specific things I've been most thankful for in 2011. As I reflect on this past year, I am thankful...

191. For my first time celebrating Valentine's Day with someone in the picture, even though we weren't officially dating at the time (and even though things didn't go quite the way either of us expected as the year went on).

192. For my first international travel, visiting Mexico on a mission trip with my church.

193. For the opportunity to see my favorite films of all time, the "Lord of the Rings" trilogy, on the big screen again during a special screening series in June.

194. For the opportunity to see my favorite band ever, U2, in concert for the fourth time, this time in Oakland, with some of my favorite people in the world, also in June!

195. For a special birthday celebration in August surrounded by some of my dearest local friends and family at Lake Tahoe.

196. For the opportunity to spend a whole week on vacation with my parents visiting Zion National Park, Bryce Canyon, and the Grand Canyon in September. It was an amazing time of refreshment for all three of us to get away from the daily grind and witness firsthand so many breathtaking glimpses of God's magnificent creation in the natural world!

197. For the intense period of humbling and growth God led me through this fall... While not pleasant, I am grateful for the ways I have grown, both in my faith and in my relationships with others, because of it. My trust in God has been refined and strengthened as He has led me through this wilderness experience.

198. For the opportunity to see my other favorite band, the David Crowder* Band, one last time on their final tour this fall, this time in San Francisco, and, as with the U2 concert, with some of my favorite people in the world.

199. For treasured friendships that have endured even through times of severe testing, and for God's grace in giving us stronger foundations in HIM through rebuilding.

200. For the birth of my precious nephew, Caleb Timothy, just this past Monday.

As we bid 2011 farewell, my prayer for all my friends and family is that in 2012 we will see "Him who is able to do far more abundantly beyond all that we ask or think" work in greater ways than we ever could have imagined. God bless you all, and Happy New Year!
Posted by Kaysi at 11:09 AM