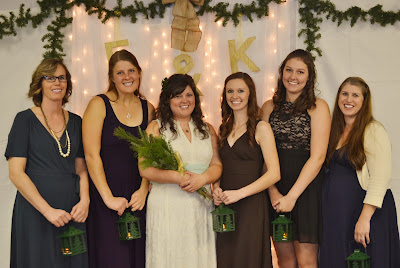 I was challenged by Amanda Barone to participate in a seven-day "Celebration of Love." Being the idealist that I am, I took the liberty of altering the conditions of the "challenge" before passing it on (read more here).  I'm inviting those I tag to spend seven days celebrating anyone who makes your life richer -- your friends, your kids, your siblings, your co-workers, and sure, your spouse!  Or, do nothing except know that I am celebrating you! 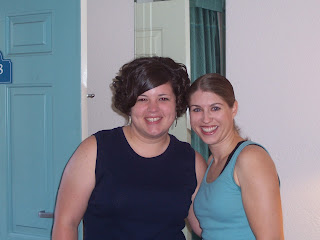 Erin was one of my very first friends in Reno.  Cassidy & I first got to know her when we spent the summer of 2004 there because all three of us were helping with the youth group at the church my parents began attending after they moved to Reno.  Little did we know she & Cassidy would fall in love & marry just a few years later!  I was so happy to have her become an official part of our family, and I've loved getting to know and share life with her family as well.  One of my greatest joys in life has been becoming an auntie to the three adorable boys Erin & Cassidy have had over the past few years.  We have shared so, so many memories in the years since Erin & I became friends, from sleepovers to youth group trips to movie nights (which we often both sleep through lol) to family vacations, and I am so grateful to know we still have a whole lifetime ahead to make more! 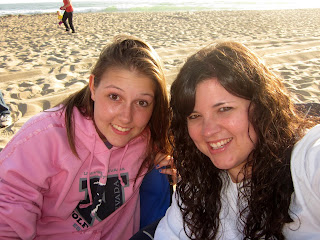 Cloe' was only in the sixth grade when I first got to know her!  She became a part of the youth group a few months later and I had the honor of being one of her youth leaders for the next several years.  She knew how much I longed to be married and saw me go through some pretty big disappointments along the way, and at other times I saw her go through her own trials; but as much as I always hoped to be an encouragement to her as her youth leader, she proved through the years to be every bit as much an encouragement to me.   It has been amazing watching her grow into a beautiful, caring, mature young woman, and I am so proud to call her my friend. 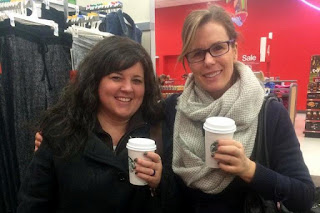 My first memory of Jeni involves her being introduced to my mom's famous mac & cheese, which she has loved ever since, and her being amused at my or Cassidy's (I can't remember which) southern pronunciation of "Ju-ly."  We quickly became good friends and, though we've had our ups & downs, our friendship has endured for almost 10 years now (and counting).  Jeni is truly one of the funniest people I know.  She is fiercely protective of the people she loves, and while life has thrown some real challenges her way, she has always managed to fight her way back to wholeness & joy.  She inspires me and I love who she is. 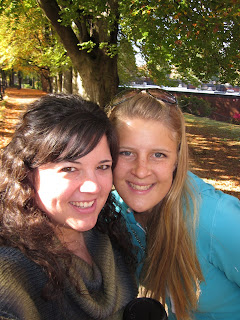 Of all my bridesmaids, my friendship with Alina is actually the "youngest."  Though we had gone to church together for years, we only really got to know each other about four years ago (I think...).  We had both recently gone through breakups and we each found it refreshing to have someone in a similar boat with whom to commiserate.  Though our friendship had grown considerably by the time we took our first road trip together, I was still a little nervous just because we had never spent that much time together one-on-one.  We made our way to Portland (her first trip there, my second), though, and by the time we got home I'd discovered that Alina was one of the absolute best travel companions I'd ever had.  We had both fallen in love with Portland and ended up making several more trips to there together, and now that I live here I'm particularly thrilled to be able to say she just moved to Vancouver this past weekend!  It's going to be so wonderful having one of my best friends less than an hour away!  Alina is one of the most generous people I know, constantly giving her time & talents to help people around her.  It is a great gift to count her among my closest friends.


Before I get to my dear MOH, I want to mention two other amazing women who also would have been bridesmaids if they didn't live across the country. 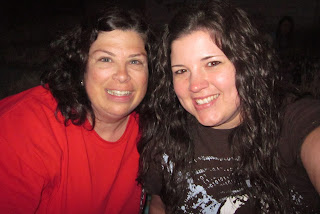 My friendship with Judy goes back almost as far as my friendship with Erin.  She's another one I got to know initially because we served together as youth leaders.  She became one of my best friends through the years.  I can't count how many Saturday evenings I spent over at her place, eating True New York pizza, playing with her kitties, and watching (or sleeping through) movies.  When she moved back to New York in 2014 I got to drive across the country with her and then spend several days getting a taste of the area where she grew up.  Judy is one of the most faithful friends I've ever had and I miss being able to hang out with her on a regular basis. 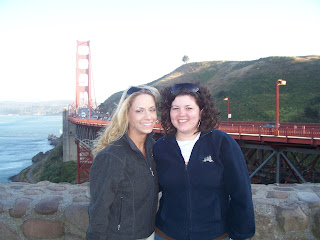 Anna & I go back much further than anyone else on this list -- all the way back to first grade!  It's amazing to think she has been a part of my life for almost THIRTY YEARS.  One of favorite weeks ever took place in June of 2007 when Anna & her mom flew out to Reno and went on a road trip with me & my mom to San Francisco, Yosemite National Park, and Las Vegas.  It was crazy covering that much ground in just a few days but we saw so many amazing sights, laughed like crazy, and had the greatest time together.  I treasure the memories of our "Wild West Tour."  We don't keep in touch super regularly but we also know we each can send the other a text out of the blue asking for prayer for absolutely anything without any fear of judgment.  I am so thankful for her friendship that has endured all this time. 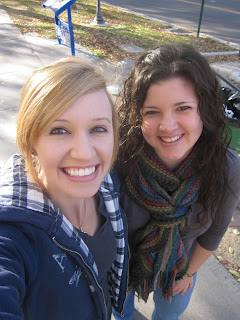 Now finally, my Maid of Honor, Jessie Marie.  I actually met Jessie the same day Anna & her mom arrived in Reno in 2007.  She was visiting our youth group with a friend, and I never could have dreamed at that time that we would go on to become what she has come to refer to as "soul friends" and would even share a home for a little over two years.  Jessie & I are both INFJs and, as such, we somehow just "get" each other in a way few, if any, other people ever have.  I feel like we've both learned so much about ourselves since we first became friends, and it seems we've offered each other a safe place to process that ongoing journey.  We have shared so much together -- coffee dates & dinners & walks & movies & drives & frustrations & sadness & joy & silliness & holidays & times with family & on & on & on.  We have prayed & danced & consumed peppermint hot chocolate & had sleepovers in our living room.  She has made me laugh and she has seen me cry.  We've witnessed each other at our worst and at our best.  I cannot say enough about what her friendship has meant to me.  I am forever grateful we got to share life in a daily context for the 2+ years leading up to my marriage, and I will cherish those memories and her friendship for the rest of my life.

These are some of the most amazing women I have ever known and I am so, so grateful each one of them has been a part of my story.
Posted by Kaysi at 11:13 PM

Email ThisBlogThis!Share to TwitterShare to FacebookShare to Pinterest
Labels: celebration of love