Well, it's been a couple of weeks so I suppose it's about time for another one of these random posts!

My friend Hank has been on a journey this past year to lose 100 pounds and writes a pretty great blog chronicling his progress. I met Hank when my friend Jessica and I used to frequent Celtic festivals and Scottish games events when I still lived in Tennessee. He owned a business called Highland Tide that produced some of the funniest apparel I've ever seen and was often one of the vendors at these events. Since moving to Reno I've also befriended his wife Deetz on MySpace (back the dark ages) and Facebook and I have loved getting to know Hank and Deetz both a little better, even if it's been in the virtual world! Anyway, last week I was catching up on my blog subscriptions and Hank had an entry about a 5k he ran last weekend. The following paragraph had me trying hard not to laugh out loud... Read, enjoy, and check out his blog sometime if you are so inclined!


We donned our rock star running apparel and slapped each other about the face and head in order to psych ourselves up. When the cannon erupted to signal the start of the race, we laid waste to the pavement and pushed forward through the crowd with amazing speed and agility. None of the things said in the past two sentences actually happened, but I thought it would add dramatic flare. I like to take artistic license in some circumstances.  I digress.

For many years I've heard a generalized criticism of modern worship songs being referred to as "7-11 songs" (repeating the same seven lines eleven times, or something to that effect), as opposed to the wealth of theology one tends to find in each and every old hymn. Now don't get me wrong, I genuinely love hymns, and I do love the depth found in them that isn't generally found in modern worship songs. HOWEVER, I feel the whole "7-11" criticism is really unfounded. My two main reasons for believing this stem from a great song by Matt Redman called "Let My Words Be Few" that is inspired by Ecclesiastes 5:2 and from the Psalms... I think the Matt Redman part is pretty self-explanatory, but as far as the Psalms go, my thinking is, How repetitive are THEY? Would we look down our noses at Psalm 136 because it repeats the phrase "His love endures forever" 26 times in 26 verses? I hope not, haha! It was interesting to me that this came up recently during a conversation with Jessie, because she proceeded to tell me that her brother, who leads worship at his church, has actually been SEEKING to lead his church family in simpler songs so that they don't have to focus so much on the wordiness and can, instead, focus their minds completely on the Lord. I was actually impressed by that. Now I'm not saying we should throw out hymns BY ANY MEANS. But I absolutely believe the simplicity of many modern worship songs has just as important a place in our praise and worship as the deeply theological hymns. I love both genres and hope we can embrace both.

While reading this review of the "Blue Like Jazz" movie last week, I was introduced to this concept that has stuck with me ever since. The reviewer addressed criticism that has been directed at Blue Like Jazz author Donald Miller for trying to make Christianity "hip" and "cool" and stated that he didn't think this critique was quite fair because "he doesn't labor at making precise theological statements; he labors at telling compelling stories..." That struck a chord in me, not only because I greatly appreciate what I've read of Miller's work so far, but also just because I LOVE reading people's stories in general. It's the DEscriptive that I love, much more than the PREscriptive, generally speaking. That whole concept has just shed a lot of light on my perspective and preference when it comes to what I like to read and why I've so enjoyed Miller's writing so far. 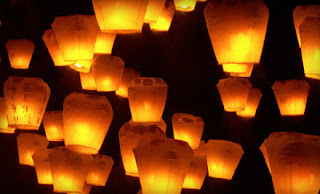 I did it! Consider it an investment in my dreams for the future...


Well, I think that'll do for this post... Thanks for reading and stay tuned for Episode 3!
Posted by Kaysi at 9:44 PM